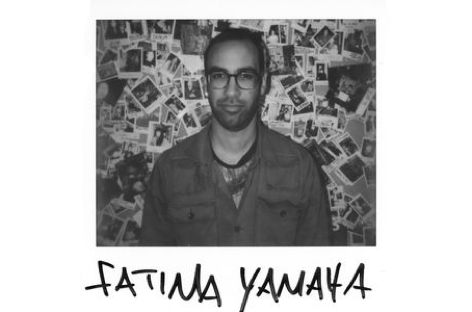 Dutch producer Bas Bron aka Fatima Yamaha has been hammering out quality releases under numerous aliases for more than a decade now. Nevertheless it wasn’t until the 2015 re-issuing of his fourteen-year-old track ‘What’s A Girl To Do’ on Dekmantel Records, that his gush into the underground forefront has now exhilarated his unique talent. Fatima Yamaha starts of the 2017 year of Dekmantel Records with his second EP for the Amsterdam label and ‘Araya’ promises to be a worthy successor of his 2015 success.

The title track ‘Araya’ is the absolute eye catcher of this EP. Already tested in Fatima Yamaha’s highly anticipated live-sets in the last months, with great response, ‘Araya’ is a dramatic curtain raiser that only he can make. Next to that, Bron effectively spills his keen ear for melody on the A-side with his typical electro-funk with ‘Piayes Beach Bar And Grill’. On the flip crystalline synth drops, a classic piano and skipping drums are the main ingredients for ‘Romantic Bureaucracy’.