Techno two-piece Slam (Stuart McMillan & Orde Meikle) bring the new double vinyl album Machine Cut Noise to the forefront next month Stuart and Orde's day-to-day proceedings consist of maximum time spent on the road, in airports and hotels; which also forms the creative hub for their music-making. It's this transitory state that largely dominates the vibe on Machine Cut Noise. 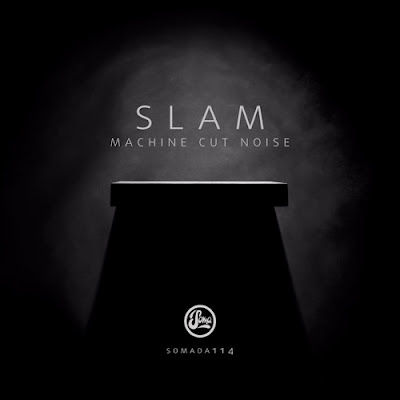 With each of the album's eleven tracks handed its own unique energy, this concept is probably depicted most prevalently in "Psalm". There is a deep emotional core found within this programmed 7.5-minute piece. It conjures a direction that 'has been paved by the machines which surround us'. A technophile's voyage into the unknown we strongly recommend getting on board with.
Machine Cut Noise comes out on 28th October on Slam's own Soma Records.