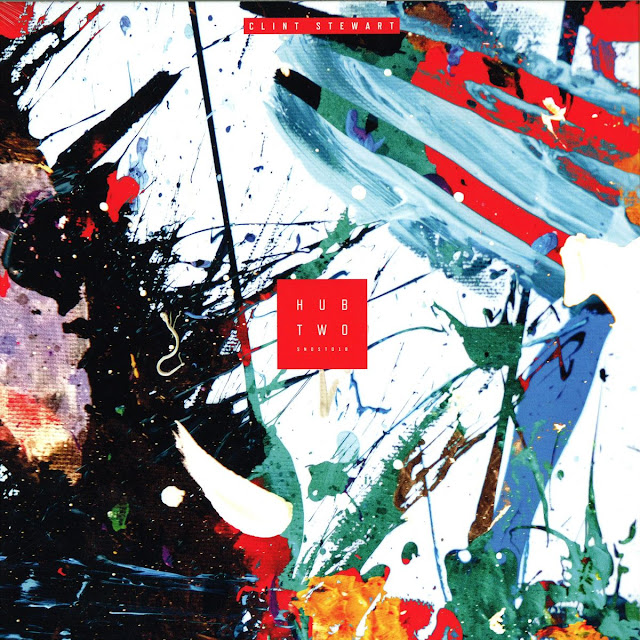 Now that we are firmly underway into our second year, it's time to celebrate Second State's family vibes as we bring you the sophomore installment of our annual HUB release. This year we have Clint Stewart taking the helm and over the course of four collaborative tracks with The Reason Y, Michael Klein, Stephan Hinz and of course Pan-Pot, the American displays his prowess for creating powerful, emotive dance floor cuts.
Kicking things off in grand fashion, the EP starts with the alliance of Clint and the boss men Pan-Pot on a massive tune entitled "Zau!" featuring the insanely talented Portuguese percussionist, Peter Xoben, and the inimitable artist Luio Onassis who graced us with his signature artwork for this release. After a chance encounter in Berlin a year ago, Clint met up with Peter and Luio for an impromptu recording session that would later go on to become Zau! after Pan-Pot heard an early working session. With rapid fire blasts of Peter Xoben's drums laid over a captivating groove, the track grows with intensity as deep sonic blasts of low end rumbles and sharp rhythmic hooks engross the aural space.
Soon, wildly unforgettable bursts of neural jabs begin to play a game of call and response with the existing elements as lush, rising pads install a relentless tension of ecstatic proportions to absolutely demolish any dance floor scenario. Following up "Zau!" is Clint and Stephan Hinz who after last years hugely successful HUB collaboration "Shimmer" are back with another incredibly heady tune, aptly titled "Fall To Earth".
Spanning spaces somewhere between deep, euphoric and driving the guys deliver an exquisite "nail biter", testing patience only to deliver a huge pay off of lush strings, melodic bass lines and stirring melodies carried by a heaving groove perfect for those intimate moments.
Embarking into the second half of the release we see Clint team up with Michael Klein to drop what could be the heaviest and most psychedelic tune of the release. 'Artifacts' is a white knuckle ride from beginning to end. Fast paced, swirling arps, unrelenting percussive builds, malevolent jabs and truly hefty roars of bass set the stage for what can only be described as a 'Draconian' opus of epic breadth transcending time and space. Wrapping up the collaborative release is Clint's pairing with Berlin duo The Reason Y for an uplifting ride on 'Aubade Flares'.
Persistent and unyielding grooves lay the foundation as abrasive yet opulent tones partner with rich low end which continually grow before rising to a fever pitch. As the vitality gets to be almost unbearable, a wash of dreamy, intoxicated strings bring it all together into a grandiose symphony of gorgeous harmonics. As heard over the course of these four collaborative HUB tracks, the comradery of the Second State crew is organically becoming more and more solidified and that was always the plan, yet it has past all our original expectations, and we think you will agree.
We hope you enjoy Clint's interpretation of our unique HUB series.