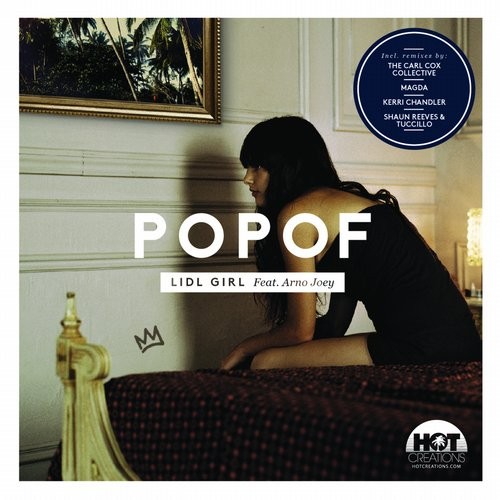 OUT NOW ON VINYL AND DIGITAL
Beatport: bit.ly/LidlGirlBeatport

'Lidl Girl feat. Arno Joey’ is the sensational third single to be taken from Popof’s huge hitting album ‘Love Somebody’ released on Hot Creations last year. This mammoth package comes with remixes from industry heavyweights Kerri Chandler, Magda, Carl Cox and Shaun Reeves & Tuccillo.
House music legend Kerri Chandler has produced a prolific body of work since his first release in 1991. He serves a classic slice of house music with intricate percussion and solid groove, while Magda offers a stellar version where quirky beats and spacey stabs are the serve of the day.

Carl Cox is a true veteran in the industry at the top of his game with a worldwide radio show and immensely successful residency at Space in Ibiza. Masterfully he spins the original into a rolling techno beast for those peak time hours.


Shaun Reeves & Tuccillo delve deeper for their remix with penetrating atmosphere flowing across a punchy groove. The pair released their first collaboration on Visionquest last year and have since been working in the studio together on various forthcoming projects.