Lost’ is the follow up to last years Anjuandeep fan favourite ‘Rebound / Whatever Weather’, a double-sided melodic gem featuring an epic original mix as well as a stripped-back rework from rising UK talent Matt Karmil. 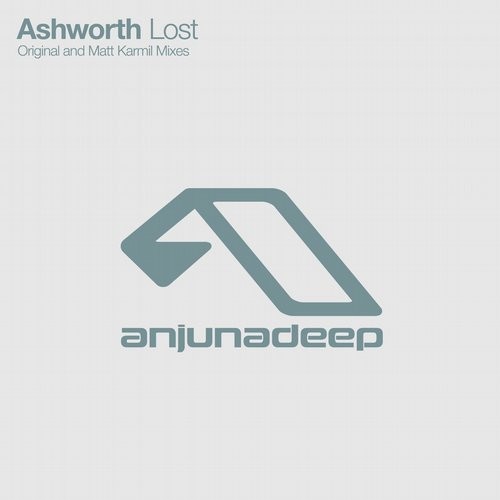 
2015 was a seminal year for Joe Ashworth, with the release of his debut artist album ‘Grain’ on respected London imprint Needwant. Earning widespread support from leading tastemakers John Digweed, Anja Schneider, George Fitzgerald, Jonas Rathsman, B. Traits, Mano Le Tough and Detroit Swindle, as well as acclaim from the likes of DJMag, making it into their coveted Top 20 album list of 2015.
‘Lost’ is the follow up to last years Anjuandeep fan favourite ‘Rebound / Whatever Weather’, a double-sided melodic gem featuring an epic original mix as well as a stripped-back rework from rising UK talent Matt Karmil. The original mix combines subtle textures and bouncing grooves with a show-stopping melodic breakdown, swirling through cinematic soundscapes and sparkling arpeggios. A big dancefloor moment.
Matt Karmil has stormed the underground in recent times, with two acclaimed artist albums under his belt in the past 12 months, championed by the likes of Boiler Room, XLR8R and Resident Advisor. Combined with his memorable remixes for Kompakt, Freerange and Studio Barnhaus, it’s no wonder he’s been supported by the likes of DJ Koze and Michael Mayer. Karmil’s remix of ‘Lost’ expertly highlights the fluidity and maturity of his production, blending sparse atmospherics with the bright and emotive sentiments of the original.